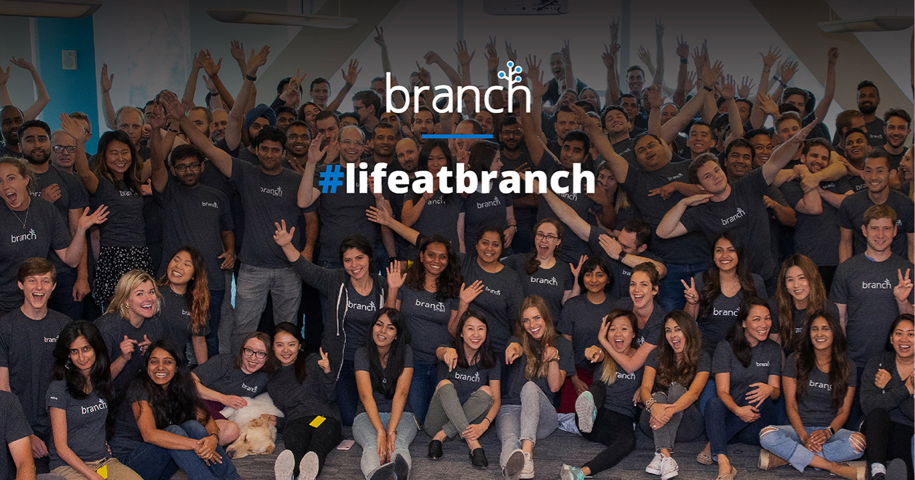 Those unsettling words from Michelle Lerner, Director of Business Development at Branch, describe the company’s sales and partnership workflows and processes prior to using Partnered.

Michelle’s goal at Branch is to drive pipeline growth through partnerships to help the sales team generate revenue for the company. However, the many inconsistent and time-consuming manual processes implemented across the company’s workflow made this challenging.

Previously, Michelle and the sales team tracked their data using spreadsheets that needed to be updated monthly. This led to outdated sales data, missing information, and the inability to attribute data to specific goals.

Michelle and the team realized that an immediate change was needed.

Keep reading to find out how Branch used Partnered to increase its pipeline, revenue, account contract value (ACV), and efficiency.

The Branch Environment: Before Partnered Was in the Picture

Having the right platform is essential for efficiency, especially when you have goals to achieve. You can’t be spending your time manually filling out spreadsheets and chasing down partner data. Unfortunately, that was the situation for Michelle and her team members at Branch.

Branch’s data-tracking process was a bit of a mess. For example, whenever the sales team met or communicated with prospects via Slack or email, the initial interaction was tracked but after that, it was virtually impossible to track subsequent interactions. There were a ton of back-and-forth messages, which meant a lot of crucial communication fell through the cracks.

The lack of fully functional tools and effective processes prevented Michelle and her team members from making the most of their partner ecosystem.

They also experienced ongoing difficulty quantifying business development results. Like many other partner programs, they didn’t know if their partners were pulling their weight or not.

They didn’t have accurate data to determine if they were.

As a result, it was difficult to tie partner success to Branch’s overall goals.

The need for change was clear, and Michelle and her team took action.

The search for a suitable account-based partnership platform had begun.

Branch had recently updated its partner goals and set its sights on sourcing 5% of any pipeline from a partner.

“We needed a tool that was actually going to help us.”

Branch’s process wasn’t sustainable. The team needed an intelligent platform to improve their efficiency and validate their partners’ work.

The obvious advantage to using Partnered right from the get-go was its accuracy with data collection, partner touchpoints, and outcomes as they relate to goals. Additionally, the Branch team no longer needed to use spreadsheets.

Another attractive feature was its ability to integrate with Salesforce data, which was important for data collection and storage and also made it easy for partner teams and sales teams to use new information right away.

Branch did consider other platforms that had strengths but, ultimately, too many limitations. Some account-based partner platforms had good functionality for some aspects of work, such as account mapping, but didn’t go beyond that.

Partnered checked all of the boxes for Branch.

When Branch implemented Partnered, the difference was night and day.

Partnered to the Rescue: How Branch Improved Their Day-To-Day Tasks With Partnered

Partnered also played a lead role in helping unite the sales and partnerships teams and opening up two-way communication between the two.

“It allows us to be more proactive with the sales team in terms of finding opportunities with partners and overlap,” said Lerner.

This was an absolute game-changer.

Partnered allows Branch to track data in real-time easily. All of the data is tracked, collected, and stored in Salesforce, making it easily accessible to the Branch partner team and sales team.

The Branch business development team now has concrete ways to show what they are working on and how it ties to revenue.

“I can actually prove that the work I do every day proves value to the company,” said Lerner.

On top of showing where results are coming from, Branch has improved their overall organizational skills and improved efficiency across the board.

The platform has made such a big impact on the company that different departments and teams have incorporated it into their day-to-day lives at Branch.

Branch has excelled using Partnered’s key features and functionality.
‍
Lerner says, “I couldn’t do my job without it.”

The platform has completely transformed Branch’s workflow and helped them hit the company’s overarching revenue goals.

Get started with Partnered for free today!

Success By The Numbers

Partnered was a major factor in Branch exceeding their pipeline goal by 200% in only three months. This was a big achievement for the Branch team, but it was only the tip of the iceberg.

Branch saw an increase in their annual contract value (ACV) by 75% when multiple partners were involved and a 25% increase in ACV when one partner was involved.

Understanding that there was a need for change was part of the battle. Then came identifying what kind of change was needed and finding the right platform to support that change.

Partnered came to the rescue, and Michelle and the Branch team continue to excel and hit revenue goals thanks to a strong partnership program.

Keep up to date with the latest insights on managing and driving revenue from your partnership ecosystem.
Thank you! Your submission has been received!
Oops! Something went wrong while submitting the form.